Right-wing blog The Federalist has a post from an anonymous author who claims to be a 30 year old gay man titled I’m Gay, And I Oppose Same Sex Marriage, apparently written by a straight white christian. I was alerted to it by a Facebook friend after the Supreme Court’s historic ruling legalizing gay marriage in all 50 states of America.

The Federalist founder Ben Domenech has previously been in trouble for plagiarism, when he was forced to leave the Washington Post, so it’s not impossible that this post was not written by who it says it was. Domenech is also co-founder of the conservative RedState.com, and a managing editor for health care policy at the conservative Heartland Institute. He’s been an ideological warrior since he was a teen.

The author of this Federalist post opposing same sex marriage writes under the pseudonym Paul Rosnick, asserting that, “there is nothing in this world I want more than to be a father and raise a family. Yet I can’t seem to bring myself to celebrate the triumph of same-sex marriage. Deep down, I know that every American, gay or straight, has suffered a great loss because of this.”

Hmmm. What loss do you suffer when another couple you’ve never met gets married dear reader? How does it affect your freedom to live your life? Personally I’m at a complete loss, and we can only speculate, because Rosnick fails to substantiate this point with either logic or evidence. Instead he continues:

“I’m not alone in thinking this. The big secret in the LGBT community is that there are a significant number of gays and lesbians who oppose same-sex marriage, and an even larger number who are ambivalent. You don’t hear us speak out because gay rights activists (most of whom are straight) have a history of viciously stamping out any trace of individualism within the gay community. I asked to publish this article under a pseudonym, not because I fear harassment from Christian conservatives, but because I know this article will make me a target of the Gaystapo.” 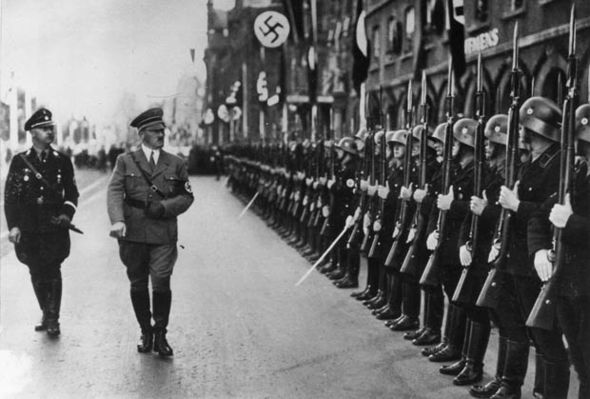 At this point my BS detectors are flashing bright red, with warning klaxons wailing loudly in the background like it’s a WWII air raid. No statistics are used to quantify exactly how many gays and lesbians oppose same sex marriage. How many is a “significant” number of gays and lesbians in this particular case – five percent? More than 50 percent?

As for gay rights activists viciously stamping out any trace of individualism within the gay community – firstly, whether they are straight or gay is irrelevant to the argument. There are vastly more straight people than gay people. Secondly, anyone who has spent any time at all actually hanging out with gay people on their own turf will recognize the claim that individuality is repressed in the gay community is about as credible as the claim that America currently lives under sharia law.

As for fearing “harassment” from “the Gaystapo” – really? You were passionate and motivated enough to write an entire blog post about why gay marriage is wrong, on a conservative website – the most receptive possible audience for such a message – but were nevertheless so distraught about the possibility of other people disagreeing with you the Gaystapo targeting you with their mean, mean words that you lacked enough courage in your convictions to use your own name?

Marriage Is More Than a Contract 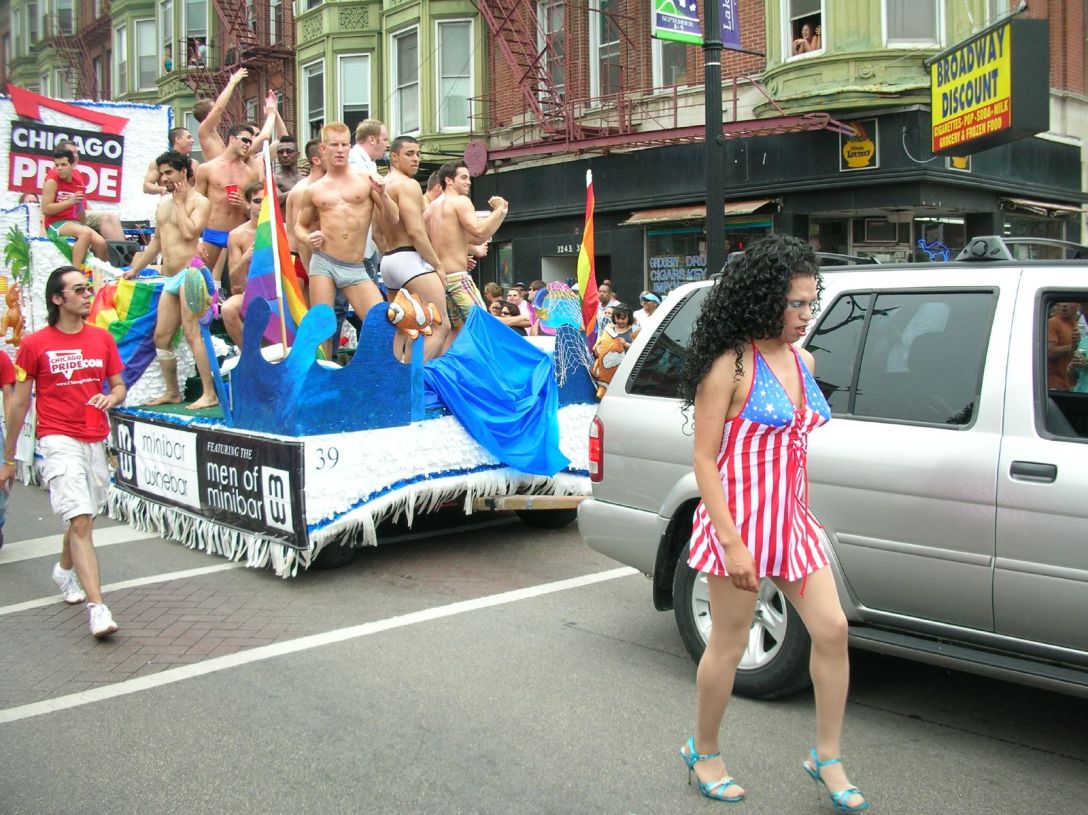 It gets better (ahem): “The wheels of my Pride Parade float came off the moment I realized that the argument in support of gay marriage is predicated on one audaciously bald-faced lie: the lie that same-sex relationships are inherently equal to heterosexual relationships.”

Putting aside the fact that no gay person I know would ever write such an affected, fatuous sentence as “The wheels of my Pride Parade float came off…”, the author somehow completely fails to explain why any loving, consensual relationship between adults can be more or less equal than anyone else’s. The writer is left to sputter that “the union of two men or two women is a drastically different arrangement than the union of a man and a woman,” and just leave it at that.

He asserts that “most people” have a “vapid” understanding of marriage as, “little more than a love contract. Two people fall in love, agree to stick together (for a while, at least), then sign on the dotted line… [but if] marriage is little more than a love contract, why do we need government to get involved? Why was government invited to regulate marriages but not other interpersonal relationships, like friendships?”

The staggeringly obvious answer to this question of course, is that unlike a friendship, marriage is an economic and legal contract, and government is the entity charged with enforcing contracts.

“People have forgotten that the defining feature of marriage, the thing that makes marriage marriage, is the sexual complementarity of the people involved.”

Oh really? What about the millions of marriages throughout history between people who are sexually incompatible (usually because their religion forbade them from having premarital sex, and thus finding out if they were sexually compatible.) Shared values, goals and a commitment to each other are just minor, secondary concerns relative to your sexual relationship?

“But people sometimes forget that marriage is also based in science. When a heterosexual couple has sex, a biological reaction can occur that results in a new human life.

Government Is Involved in Marriage Because It Creates Babies?

“Government got into the marriage business to ensure that these new lives are created in a responsible manner.This capacity for creating new life is what makes marriage special. No matter how much we try, same-sex couples will never be able to create a new life. If you find that level of inequality offensive, take it up with Mother Nature.”

As noted above, Government actually did not get into the marriage business to ensure new lives are created in a responsible manner. Whether someone is married or not does not, ipso facto ensure that a new life is created in a responsible manner. Government merely oversees the contract part of marriage. And of course, according to this logic, heterosexual couples who are infertile should be forbidden from adopting children. (This argument has all the intellectual clarity of a drunken teenager with a learning disability.)

“Same-sex relationships not only lack the ability to create children, but I believe they are also suboptimal environments for raising children.” Well beliefs are great and all, but in my experience they tend to be more persuasive when they are based upon facts.

If the author, who claims he always wanted to be a father, really wants to base his argument on “science,” which he invokes above, then perhaps he should investigate to see if there’s any credible empirical research on this very topic? You would think that would be an obvious course of action for someone who always wanted to be a father, right? Because it turns out there is! Researchers at the University of Melbourne, the American Academy of Pediatrics, the Canadian Psychological Association, the Australian Psychological Society, and the American Psychological Association to name just a few, have all found that children of gay and lesbian parents are as fit and capable as heterosexual parents, and their children are as psychologically healthy and well-adjusted as those reared by heterosexual parents.

These studies have variously concluded that, “children of same-sex parents do not differ from the children of heterosexual parents in terms of their psychosocial development, their gender development and their gender identity,” that “the family studies literature indicates that it is family processes (such as the quality of parenting and relationships within the family) that contribute to determining children’s wellbeing and ‘outcomes’, rather than family structures, per se, such as the number, gender, sexuality and
co-habitation status of parents,” that “two gay parents are better than a single straight one,” and that “Many studies have demonstrated that children’s well-being is affected much more by their relationships with their parents, their parents’ sense of competence and security, and the presence of social and economic support for the family than by the gender or the sexual orientation of their parents.”

“Paul Rosnick” finishes off with non sequiturs, claiming that, “So much of what we do as a society prioritizes the needs of adults over the needs of children. Social Security and Medicare rob the young to pay the old. The Affordable Care Act requires young and healthy people to buy insurance to subsidize the cost for the old and sick.”

Paul has perhaps not heard of the term helicopter parenting, which refers to parents who are overly focused on their children, and the rise of its currency in modern American society. Mr Rosnick apparently has also not considered that Social Security and Medicare ensure that all the young people of today are able to enjoy a minimum level of subsistence and health care when they are old. Or that young and healthy people who purchase health insurance will inevitably become both sick and – if they are lucky, old – and that the broader an insurance pool is, the cheaper it is for everyone when risk is more dispersed.

Rosnick concludes his boilerplate conservative talking points with an own goal, when he states that: “At its core, the institution of marriage is all about creating and sustaining families. Over thousands of years of human civilization, the brightest minds have been unable to come up with a successful alternative.”